The lows have included bankruptcy. The current high: A 40-percent growth this year over last for The Eco Plumbers, with a similar pace currently on track.

He remembers the first time he ran a marathon. Like many newbies, Gaynor was less focused on time than on just finishing.

“I did that first one a long time ago,” he recalls. “I finished it in about four hours and 10 minutes. But for me, that first marathon had nothing to do with time. It was the commitment to get it done and never stop. I didn’t care how long it took me. The goal was never stop running and finish the damn race.”

Gaynor says the commitment and training that goes into long-distance running crosses over to his approach for guiding an 80-person, green-friendly company that did $14.5 million in sales last year.

“If you can build that muscle in you, and that strength, then you’ll always know you will be able to complete something,” he says. “Even if it takes you longer than you think, it doesn't matter. Just stay the course until it’s done.”

Making the finish line at that first marathon all the better was Gaynor having his son there, to share in the pride and build the foundation for an important life lesson.

When Gaynor was a kid—right out of high school—he was working second and third shift at a furniture store. A bit of a troublemaker in school, he says moving into the trades gave him focus..

“I often tell people that plumbing and the trades saved my life and gave me a good direction,” he says. “It gave me something to work toward. I was able to understand plumbing code fast—and it gave me an opportunity to grow.”

The field was wide open, he says.

“If you wanted to learn and you’re ambitious, and you do what you say you are going to do, the companies I worked for opened the floodgates and just let me go,” he says.

At the age of 23, Gaynor and a childhood friend both got Ohio state plumbing licenses and started a company together. They focused on new construction and did residential and light commercial work.

“We were young, we were fast and we were good,” Gaynor says. “But we really didn’t know anything about business.”

During the national recession of 2008 they lost the $3.5-million business they’d grown. Gaynor also lost his house and his car. The setback forced him to sleep on his mom’s couch for a spell.

One night, his 3-year-old son was sleeping over. “I held him up and looked at him,” Gaynor says. “I told him, ‘Hey man, I promise you this won’t be your life.’ From there, I just got up and got to work and stayed focused every day.”

Slowly but with determination—like a marathoner—Gaynor found work. He borrowed $50 to start a company. And he meticulously learned what it meant to run a business.

“I learned that business is a lot of pieces—from marketing, to call center management, to managers, to logistics, to fleet, to financials,” he says. “To figure out how to get those skills, I read everything I possibly could. I stopped listening to talk radio. I listened to audio podcasts—anything that would feed my mind.”

Gaynor did tons of research. In 2009, he discovered an eco-friendly company in Australian. Green Plumbers offered training and organization. Gaynor learned all about water quality, energy savings and solar systems.

He created the branding for his new company, The Eco Plumbers, with all that in mind. His tagline: Save the Day, Protect the Future.

The Eco Plumbers’ green focus was slightly ahead of the curve. While California was suffering through droughts, Gaynor’s company was hired to do water conservation projects in Los Angeles County, installing more than 17,000 toilets.

“In 2010, we bought iPads,” he says. “We were going into people’s houses with them and customers were writing reviews like: I can't believe my plumber has an iPad and I don’t."

A green focus built the culture that drives the company today.

“A future-based mindset aims to help our customers,” Gaynor says. “We’re in peoples’ homes and it’s our job and responsibility to take that seriously and make sure we’re protecting that property.”

Gaynor can’t forget that a home is a family’s major financial investment.

“We want to protect that investment and make it safe,” he says. “Safe with potable water and safe from sanitation issues. We’re taking care of them by offering things that are eco-friendly—so they save water, save energy and do something grander than just fixing plumbing.”

Leave it to a marathoner to plan for the long haul.

Aaron Gaynor, owner of The Eco Plumbers, offered tips for success in the trades on a recent episode of “Toolbox for the Trades” podcast, hosted by ServiceTitan. Among his top tips:

Gaynor strongly believes that letting employees know the big picture for the company is motivational—and good for the bottom line.

The approach also includes tailoring the vision to individuals in the organization, as opposed to a “rah-rah, get it done, let’s make money” tactic.

“Everybody wants to be a part of something—we all have tribalism,” Gaynor says. “We tap into finding out how people can use their skill levels to contribute to the big picture, and feel like they’re doing something meaningful.”

It’s an impressive sight when a company is all moving in one direction and accomplishing goals as a team, he says.

“When employees see a target, they know clearly what it is, Gaynor says. “They know what we’re trying to achieve. People want to hit it and beat it. They find ways to work together.”

Training is also a significant part of The Eco Plumbers approach.

“Everyone goes to training,” Gaynor says. “Everyone has an opportunity to go to training events. We utilize our network significantly. We have Nexstar on site multiple times throughout the year.

“We send people away to public events. We go to other shops. We communicate with people. We do other stuff outside of Nexstar. It’s an investment in our people.”

Gaynor says the company has spent a quarter of a million dollars on training over each of the past two years.

“Maybe other companies don’t spend that much money, or they think the money could be used somewhere else,” he says. “I see it as a statement to the team. I want them to know we put that much into education and training.”

This past January is a good example of how the practice works. The Eco Plumbers held two onsite training sessions, three days apiece. More than 30 employees were pulled out of the business each time.

“And our teams still beat budget—significantly—for the month,” Gaynor says.

Gaynor didn’t have a lot of cash on hand when he was getting The Eco Plumbers off the ground. He focused on branding to help build the company.

“We bought into it and we believed in it,” he says. “The branding and name helped us for sure. I mean, if we would have been called Aaron’s Plumbing, it probably wouldn’t have taken off the same way.”

Gaynor says if he’d picked a different name, he still would have built the same company culture.

“But I don't know if customers in the marketplace would recognize that name as something that relates to being good for the environment,” he says. “There’s nothing wrong with people giving a company their family name. I’m just saying our name has given us a competitive edge in the market.”

Aaron Gaynor, owner of The Eco Plumbers, offered tips for success in the trades on a recent episode of “Toolbox for the Trades” podcast, hosted by ServiceTitan. Among his tips:

Help employees set goals: Company-wide goals are shared, Gaynor says, but management also meets with teams to discuss personal goals. “We have everybody write their goals down,” he says. “We put them in envelopes and also give employees a copy—so they can think about and remember their goals. At the end of the year, I give the envelope back to them and we talk about what they’ve accomplished.”

Celebrate your team: Show the company that people have done a good job or accomplished something that contributes to the greater good, Gaynor says. “Give back to employees — celebrate them,” he says. “It can be financial, or at a party or a gathering — whatever. Make a gesture and it will be noticed.”

Strive to get good reviews: The Eco Plumbers have more than 8,500 online reviews, including 2,500 on Google. A couple of tips for getting noticed online:

Own your mistakes: Everybody makes mistakes—and online reviews can certainly draw a spotlight to them. Gaynor’s advice is to own your errors. “Sure, we’ve had excavators digging sewers and the bucket hits somebody’s house,” he says. “It happens.” When mistakes occur, he says don’t duck the issues. Rather, handle the situation professionally. Explain to a customer exactly what happened. “People will understand,” he says. “We’ve had bad situations lead to people becoming long-term customers. Why? Because we built up trust that if something goes wrong, we take care of it.”

Create a morning ritual: Gaynor says getting into the habit of starting the day on a positive note breeds success. He’s up at 4 a.m. every morning to evaluate personal gratitude and to focus on what he wants to accomplish that day. This practice can, he says, “help me realize I can accomplish things, and it builds muscle and strength that helps people get past their fears.”

… but don’t get stuck in routines: “Habits and routines can be dangerous if you don’t ever look outside of them,” Gaynor says. “They can be great—until they’re not great. That means don’t create such a habit and such a demand focus that you don't see anything else. Don’t put on blinders. Yes, stick to a good routine, and be disciplined, but be flexible.”

Books that inspired Gaynor include: 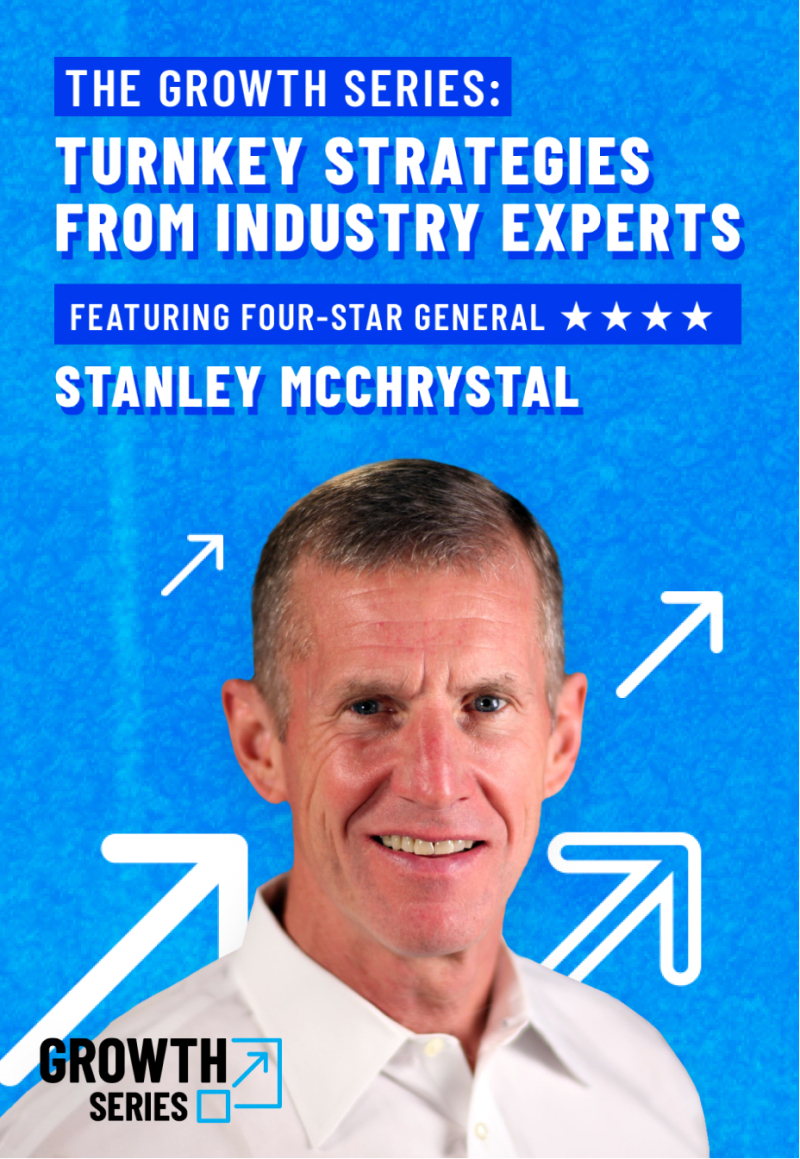 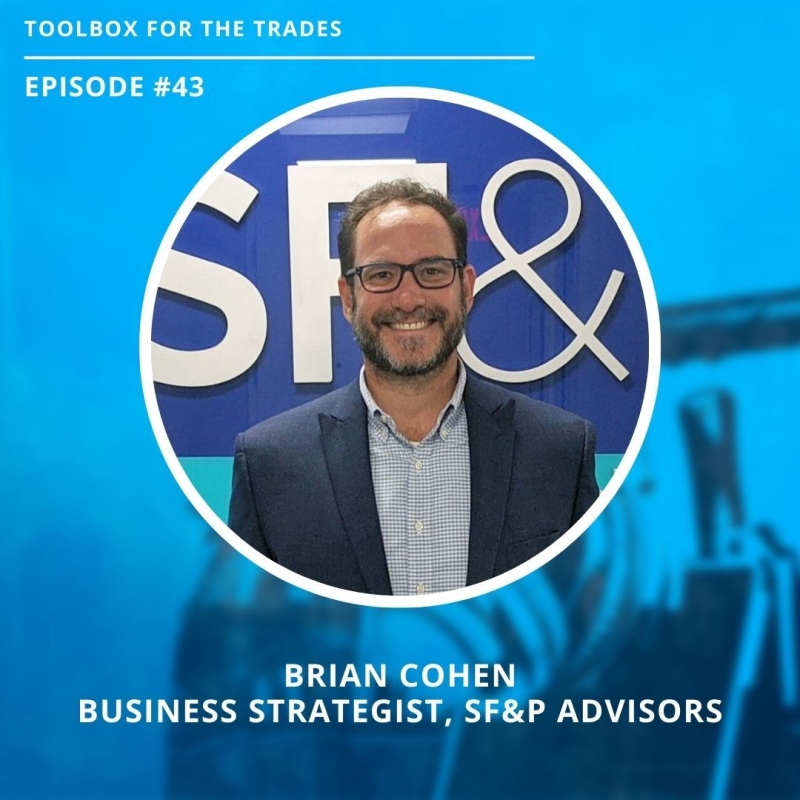 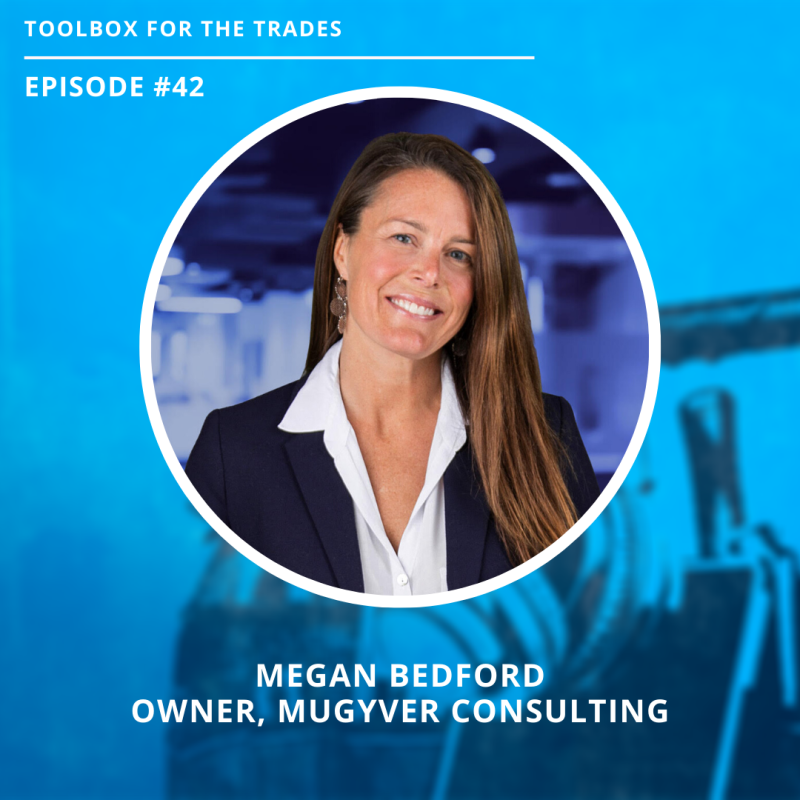 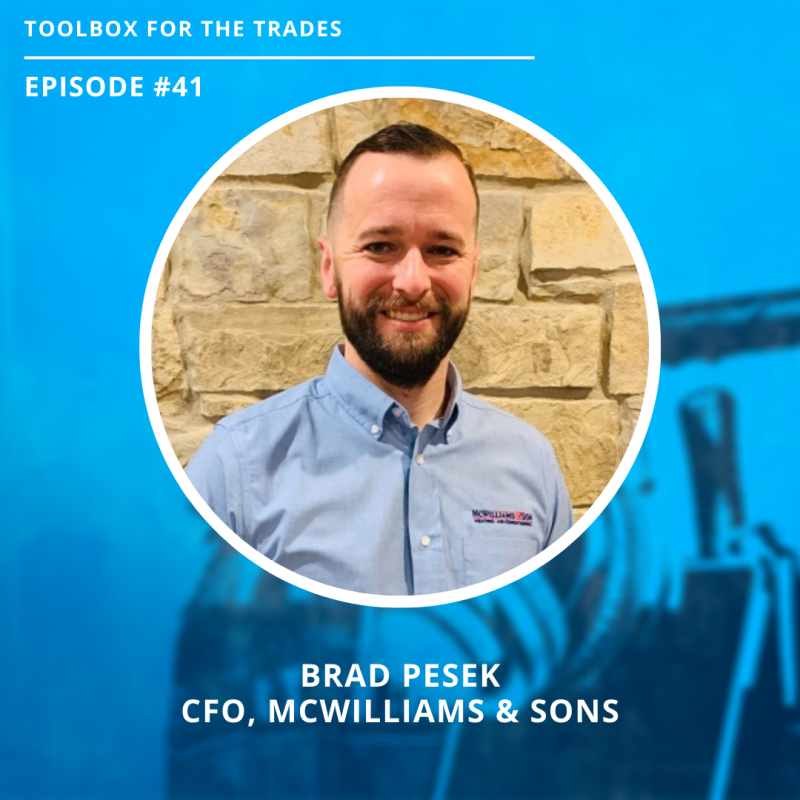 Brian Cohen talks about the art of transactions, how the industry is proving to be both re...

Communicate, strategize, and never get lazy with your marketing, says Megan Bedford, Owner...

After seven years as a high school math teacher, Brad Pesek made the transition to the tra...

Toolbox for the Trades is a podcast where top service professionals share the tips, tricks, and tactics they use to succeed in their industry. Hosted by Jackie Aubel, this podcast is brought to you by ServiceTitan—the leading home and commercial field service software.