Back to all blog posts

The Power of Good-Better-Best Options in Plumbing Estimates

Roto-Rooter’s Rachel Stepowoy will join ServiceTitan for a free webinar on March 19, 2020, to discuss a great way the all-in-one software solution for home service companies can raise the average ticket for your business.

In the home services industry, a great reputation helps. But if you’re known for something? That’s a huge advantage, as long as you’re the best at that thing.

Roto-Rooter is known for something. Company founder Sam Blanc created the first snake machine in the 1920s, using a blade turned by a washing machine motor, a steel cable and roller skate wheels. The contraption allowed sewer lines to be cleared without costly digging that destroyed lawns, a game changer in sewer line repair.

Today, the company’s patented, proprietary sewer and drain cleaning machines power about 400 independent franchises worldwide. Roto-Rooter locations perform other plumbing repairs, but Blanc’s invention shines because it gives them the right tool for the job they are known for.

Rachel Stepowoy’s father owns seven Roto-Rooter franchises in Ohio, Michigan and Illinois, and she has been the company’s enterprise administrator since 2014.  She knows what the company’s reputation means.

“Roto-Rooter invented drain cleaning,” she says. “If we can't even get the basics right, how are we going to do all of our other services right?”

That raised a question for her and others in their enterprise: Were they doing that job exactly right?

In mid-2019, Stepowoy found that the answer wasn’t the resounding yes she wanted. And the reason was buried in a review.

“The technician arrived in the scheduled time frame, friendly, knowledgeable, and fixed the problem with ease in less than an hour,” Stepowoy says.

The customer was very satisfied with the service, and in the review gave her Roto-Rooter franchise … four stars.

The reason for denying the fifth? Price. The cost was a bit more than the customer had expected.

But Stepowoy knew the fix was available. Stepowoy just had to provide the right tool.

The impact of providing options in plumbing estimates

Roto-Rooter has multiple ways it can clear a sewer line obstruction without excavation.

One, using the snake and cable, essentially pokes a hole through the clog to clear the blockage.

The jet, however, clears the entire blockage with a high-powered stream of water, with “enough pressure to kill a man.”

Because the jet blasts away the entire problem, it’s more expensive. But it also offers a longer warranty, protecting the customer from a recurrence.

When Stepowoy investigated that four-star review as part of a routine spot-check, she quickly discovered the problem.

“I looked into it and we had only given the customer one option to jet, which is (more expensive),” Stepowoy says.

That meant the customer wasn’t offered the cheaper option, or educated on the difference in the two—or the benefits of the jet.

“There’s just so much that customer was missing out on,” she says.

“A lot of the time (the technicians) were just not even creating a proper estimate, not following the process we assumed that they would be,” she says. “People weren't offering multiple options. They were just, ‘Here's what we can do, boom, let's do it.’ They either agree or they don't.”

But it wasn’t all the technician’s fault. So Stepowoy built the solution—a requirement for good-better-best options—into the process.

Essentially, she needed to give her technicians the right tool.

Stepowoy’s first move was to improve the task descriptions in her pricebook in ServiceTitan, expanding them from about three sentences into explanations of the process and expected outcome, to demonstrate the value to the customer.

Her Roto-Rooter franchises added pictures and videos to the descriptions, to clearly show the customer what to expect.

The change, made in late 2019 after 2½ years on ServiceTitan software, had been delayed because Stepowoy was transitioning seven Roto-Rooter locations from dated software to ServiceTitan’s all-in-one solution and mobile devices. Day-to-day operations took precedence.

But moving to ServiceTitan’s built-in estimate templates in October 2019 allowed options to be offered to customers easily, and produced immediate results.

“We found out that if we didn't give options, that means we didn't explain the value in the jet compared to the cable,” Stepowoy says. “Then they would have understood, oh, that's why I paid that for that service.”

Now, Roto-Rooter technicians can communicate their expertise about the process and present options with a few touches on their mobile tablet.

“It was an easier way for them to be able to present options without having to search for the tasks,” Stepowoy says. “It just exists (in the description on ServiceTitan).”

And having the technician educate the client about the process has increased customer satisfaction.

The difference has shown up in reviews, Stepowoy says.

“(Before the change) they said we did everything right, but they didn't see the value in what they paid,” she says.

Now, customers recognize the quality of the work—but also cite the options offered by Roto-Rooter.

“(Newer reviews) talk about how great it was that they had all these options,” Stepowoy says.

The bottom line has improved for Stepowoy’s Roto-Rooter franchises too, she says. Enterprise-wide sales from sewer and drain calls, she says, increased by 18 percent year over year. The average ticket and close rates improved as well.

Stepowoy says the difference has reinforced her belief in ServiceTitan.

“ServiceTitan has been a roller coaster because it’s just an adjustment to go from such a dated software to going with tablets,” she says. “The only negatives were just how behind the industry was compared to where ServiceTitan is taking us.

“Our business has become so much easier. There's less wasted time. We can focus on the things we need to grow.”

ServiceTitan is a comprehensive plumbing business software solution built specifically to help companies streamline their operations, boost revenue, and achieve growth. Our award-winning, cloud-based platform is trusted by more than 100,000+ contractors across the country. 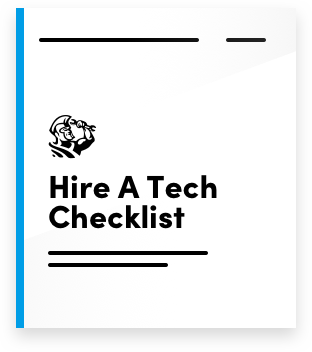 Rachel Stepowoy, enterprise administrator for a family business that includes seven Roto-Rooter franchises in Ohio, Michigan and Illinois, was recently a guest on a ServiceTitan webinar on implementing Estimate Templates, and the benefits of doing so. 1. Study reviews, especially those that are less than five stars, to find opportunities to improve your business.Four-star reviews that praised the service but questioned the price alerted Stepowoy and others in management at her company to the need to better educate customers and offer more options. That reminded her of the importance of reading those less-than-perfect reviews in a different way.

Email is an extremely useful tool you can leverage to communicate and engage your customers. But you might be wondering how to stand out from the crowd in their inbox.  To get your emails opened more often, you need strong email subject lines that are both relevant to your message and attention-grabbing. If you’re not sure where to start, check out these easy tips for writing email subject lines that actually work.

Chris Gist moved to the suburbs of Pensacola, Fla., in 2017 with the goal of using his 20 years of management experience to find new work closer to home. He landed a job as an office manager for a local plumbing company. That’s where Gist met master plumber Christopher Stewart, who was the company’s lead technician. But when new owners took over, Stewart left to do his own thing. Unhappy with the situation under new ownership, Gist left too. In October 2018, he joined a buddy to do roofing jobs in nearby Panama City for a couple of months after Hurricane Michael made landfall in the Florida Panhandle.