Back to all Coronavirus posts

ServiceTitan asked contractors how we could be of greatest service during these changing times. Contractors responded, “We can run our business through anything — give us industry data that may help us better predict what might happen so we can make more informed decisions.”

At the bottom of this article, you'll find interactive data, aggregated from the more than 4,000 contractors across the US and Canada using ServiceTitan. We’ve aggregated data through April 1 for this analysis, and this data will update daily moving forward — and our analysis will be updated weekly.

The weekly views are based on weeks starting Thursday and ending Wednesday.

The most critical takeaway is that our data shows that as COVID-19 continues to impact communities, revenue has only dropped a few percentage points when compared to 2019 nationwide. Many of the daily fluctuations below may be normal relative to daily fluctuations of weather, which in certain trades is a large driver of demand.

In aggregate, completed job revenue for ServiceTitan customers was down -3% year-over-year for the week of March 26-April 1. That is down from the week prior, March 19-25, which showed revenue up +6% (YoY).

Some states are still seeing positive revenue numbers. For the week of March 26-April 1, Florida, Texas, and North Carolina are all seeing around +15% increases from last year — and their overall March was appreciably higher than January or February, year-over-year.

Across the nation, we are seeing higher ticket sizes for completed jobs — a +16% YoY increase for March 19-25 and +12% increase YoY for March 26-April 1. The average ticket size before March was closer to +7% YoY, so this is a notable increase. There has been a similar increase in close rate, which was its highest of the year for the week of March 26 with an increase of +8% — compared to +5% YoY for January and February.

The data module below now includes additional information. Users can now see calls, future jobs and cancellations, in addition to revenue — and the data is sortable by state wherever our data allows. (Some states must be omitted in order to ensure that our clients’ data remains anonymous.)

No matter what state you’re in, ServiceTitan is determined to help you navigate these changing times — so that you can plan for the future and continue to succeed.

The COVID-19 Playbook for Contractors has actionable recommendations and examples from contractors from around the country who are thriving in the current environment.

Additionally, more than 1,300 of you joined a webinar with financial experts on how to navigate the CARES Act and the Small Business Loans included within that act. We’ve provided helpful links and information with regard to these loans, and we’ll continue to update that article with more information as we get it.

Additional resources to help guide your operations through this outbreak:

We hope this data and these resources help inform your decision-making as you plan for your business. As always, we are proud to stand with you, every day.

Note: Some states were omitted from the drop-down menu to ensure that clients' data remains anonymous.

The most critical takeaway is that our data shows that revenue continues to be relatively stable and consistent thus far.

On another positive note, it appears that cancellations appear to be a phenomenon that happens once per region — possibly in conjunction with a declaration of “shelter in place” or “safer at home” — but then stabilize back to normal rates within a few days.

In some of the highly-impacted states, Washington continues to see some of the largest impacts. Year-over-year revenue was down 8% for the week of March 5-11, then recovered with a 3.5% increase March 12-18, and was down 2% year-over-year for March 19-25.

In California, completed job revenue that was up 15% year-to-date was down 5% for the week of March 12-18 and down 1.5% for March 19-25. While this may seem significant, we have seen greater fluctuations than this from weather changes alone.

Get the latest news about Covid-19. 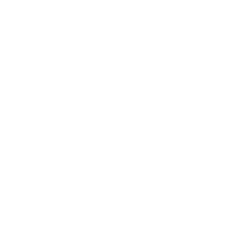 Women in HVACR: How to Shape the Way You React in a Crisis

Angie Snow, Vice President of Western Heating & Air Conditioning in Orem, Utah, knows the importance of continuing to move forward when the world stops. The world hasn’t stopped, of course. It has just slowed down significantly due to the Coronavirus outbreak, and the status quo is updated almost daily. In times of crisis we need capable, effective leaders who make logic-based decisions. That makes emotional management a necessary skill to master for those in leadership positions.

California expanded a safer at home order to the entire state, but electricians, plumbers, HVAC technicians and many other tradesmen were on the list of exempted businesses because of their role in protecting public health and safety.  President Trump has asked Congress for $1 trillion toward Coronavirus relief, including giving the small business administration $50 billion in lending authority and potentially making $1,000 payments directly to U.S. citizens.

Information contractors can trust is critical in managing business operations safely and efficiently in the face of the COVID-19 pandemic. ServiceTitan has compiled links to authoritative and useful information for the trades below. If you have a suggestion for a link to be added to this list, please email us at covid@servicetitan.com